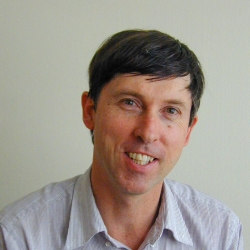 Malcolm Collier was born in Taos, New Mexico and raised primarily in New Mexico, Canada, Peru, and the Bay Area. His schooling was in Peru, New Mexico, and California, with a BA and MA in anthropology from San Francisco State.

He was one of the founding members of the Asian American Studies Department in 1969, serving on the Planning Groups that ran the department from 1969 through most of the 1970s, except for a period in 1972-1973 when completing alternative service in Arizona. Unofficially, he first taught courses in AAS in 1970 and 1971. Following formal appointment as a lecturer in 1980, he taught various courses until full retirement in 2009.

In addition to his work in Asian American Studies, he has had a long association with the Chinatown Community Development Center (formerly Chinatown Resource Center), including serving as Board President and ongoing membership on its Program Committee.

Beyond Asian American Studies, he is a recognized authority and author on visual research methods in anthropology, sociology, and related fields. He has conducted visual research on cross cultural schooling in Alaska, Arizona, and San Francisco, as well as documentary photographic and oral history work in New Mexico, with related work with photographic archives. He has taught courses on cross cultural communication for the University of Alaska, Fairbanks and workshops on visual research methods for the Universidad de Las Americas in Cholula, Mexico and the Instituto Mora de Investigacciones in Mexico D.F. He is a past board member and president of the Society for Visual Anthropology, a section of the American Anthropological Association.