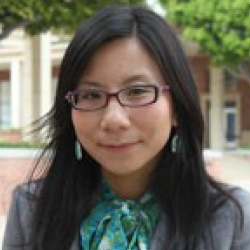 Dr. Loan K. Le is an academic and the President and CEO of the Institute for Good Government and Inclusion (IGGI, a 501(c)(3) devoted to research and education on controversial issues in American public policy and democratic inclusion). She joined SF State as a Faculty Lecturer in 2020. She previously served as Director of Research at UC Berkeley’s Center for (US) Latino Policy Research and as Visiting Assistant Professor at UCLA in the Department of Political Science and in the Department of Asian American Studies. She is a member of the National Association for the Civilian Oversight of Law Enforcement (NACOLE) and serves on NACOLE’s Communications Working Group (formerly the editorial committee for the NACOLE Review). She won the Western Political Science Association award for Best Paper in Asian Pacific American Politics in 2014 and in 2015. She served on the WPSA Committee for the Status of Asian Pacific Americans in the Profession (2014-2017) and was the Committee Chair for academic year (2016-2017). Dr. Le was Co-Chair of the American Political Science Association (APSA) Caucus of Asian Pacific Americans (2017-2019). She has also taught at Santa Clara University in the Department of Ethnic Studies and at Cal State East Bay in the Department of Political Science.

In 2010, Dr. Le received her PhD from the University of California Berkeley’s Charles and Louise Travers Department of Political Science. During this time, she served as a National Science Foundation Graduate Research Fellow. Previous to graduate school, she served as a Coro Foundation Fellow in Public Affairs, as well as a Rotary Foundation Ambassadorial Scholar.

Current projects include research and education on